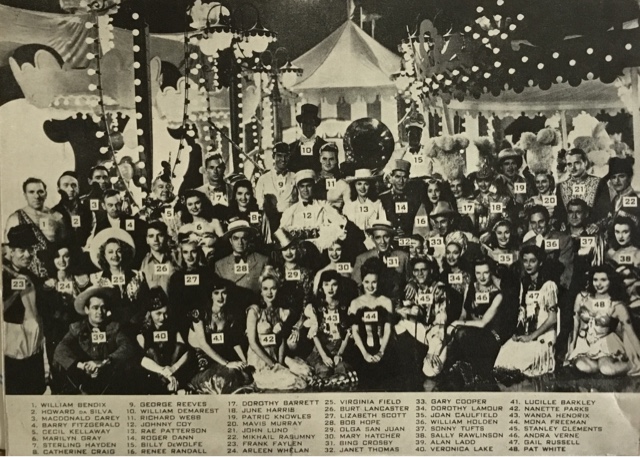 Ever since I first saw this production still from the 1947 Paramount "all star" extravaganza Variety Girl I have wondered, not about the stars pictured - from Gary Cooper to Barbara Stanwyck - but the starlets (male and female) who for once achieved equal billing. None more so than #46, one Andra Verne, who also turned up, briefly and in the background, in the Alan Ladd- Veronica Lake starrer Saigon (1948). It was not much to go on, and in truth it took me 50+ years to discover who hid behind the intriguing name of Andra Verne. And that person, as you will see, is so much more than a long forgotten name listed in a casting sheet or two. So here, in the words of the author of her obituary, is the story of Andra Verne, Variety Girl's number 46: 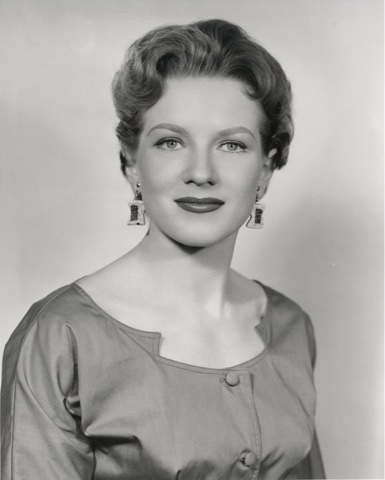 IN MEMORIAM: ANNE STRAKACZ-APPLETON
By Marek Żebrowski
Anne Strakacz-Appleton died in Sacramento, California on Friday, 31 July 2015. She was 93 years old. Widow of Louis B. Appleton, Jr., she leaves daughters Amy and Louise, residing in California, daughter Marguerite, a resident of Kansas, and four grandchildren.
Born in Warsaw on 17 March 1922, Anne Strakacz was the only child of Sylwin Strakacz, a career diplomat and longtime secretary to Ignacy Jan Paderewski. Anne’s mother, Aniela Karszo-Siedlewska, came from a very prominent Warsaw family of politicians, doctors and lawyers.
Known to her family and close friends as Anetka, she grew up between Warsaw and Riond-Bosson, Paderewski’s long-time residence near Lausanne, Switzerland. A precocious child, she was articulate and outspoken from an early age. Her mother recalled Anetka’s christening at the Sypniewski estate in Poland in November 1924. As soon as Anetka was held up by Paderewski, she solemnly enquired if he had his own teeth. This unexpected question elicited gales of laughter, also from her new godfather, who obligingly demonstrated that the teeth were still firmly his.
Educated in the prestigious Miss Platter’s School in Warsaw, throughout her life Anetka was fluent in Polish and French, and later mastered English when she and her family followed Paderewski on his last voyage to the United States in 1940. Throughout the 1930s, Anetka’s spirited presence was much appreciated by Paderewski, especially after his wife died in 1934. Her summer visits in Switzerland gradually extended to a permanent residence as the political situation throughout Europe worsened on the eve of World War II.
As a teenager, Anetka was a direct eyewitness to many truly fascinating events and met a great number of prominent musicians, intellectuals and politicians. Blessed with clear and unfailing memory, she faithfully remembered Paderewski’s piano students (Aleksander Brachocki, Stanisław Dygat, Stanisław Szpinalski, Henryk Sztompka, Albert Tadlewski), Paderewski’s co-editors of the monumental Chopin Edition (Ludwik Bronarski, Józef Turczyński), the visits of Polish politicians associated with the so-called Front Morges political faction (Józef Haller, Wojciech Korfanty, Gen. Władysław Sikorski), as well as many other notables from practically every corner of the world. Conversing with Anetka about almost any topic—history, politics, music or poetry—was always a rare delight, since probing insights and mesmerizing details were invariably forthcoming, oracle-style, practically without prompting.
Just like her father to whom she was especially close, Anetka was a devoted and courageous advocate for Paderewski, her benevolent and ever-present godfather. It became especially true after Anetka’s father died in Los Angeles in 1973, and she resolutely continued the family mission of honoring Paderewski’s good name. Anetka’s dedication to this task was exemplary and unrelenting: her steely wit and unassailable intellect are on full display in an op-ed published by the New York Times in 1990, where in a bravura argument she methodically demolished a myth about Greta Garbo visiting Paderewski in Switzerland in 1938. Over Paderewski’s long and eventful life, there were many wild tales about him and those she could refute, Anetka certainly did. After all, she was there, she met the people, she saw things, and she knew the facts.
Some facts were almost too cinematic and needed no embellishment, like Paderewski’s last moments, witnessed by Anetka and her mother in a New York hotel on a hot June 1941 evening. In his last breath Paderewski’s quietly had asked for a sip of champagne. Indeed, it was exactly like that and, quite possibly in honor of Paderewski’s memory, Anetka always had a chilled bottle of choice champagne on standby for visitors who called on her for decades to come.
After Paderewski’s death, the Strakacz family moved from the East Coast to Los Angeles, where Anetka—with her beauty and unmistakably continental flair—enjoyed a brief acting career in Hollywood and worked as a make-up artist and the main representative for Max Factor in Europe. Endowed with a great singing voice and truly spellbinding stage presence (inheriting her father’s musical talents and her mother’s 1930s glamour), Anetka often performed with such notable Hollywood film composers as Henry Vars or Bronisław Kaper, who accompanied her at the piano.
Also in Hollywood, Anetka met Louis B. Appleton, Jr., a producer, writer and director whom she married in 1949. They were married for 63 years until Louis died in 2013 at the age of 98. Eventually retiring to Rancho Murieta in northern California, Anetka bravely continued to champion Paderewski’s legacy. She gathered a number of memorabilia left to her by Helena Liibke (Madame Paderewska’s secretary who came to live with the Appletons in Rancho Murieta) and cooperated on preserving them with Małgorzata Perkowska at the Institute of Musicology at Jagiellonian University in Kraków as well as with a number of researchers at the Hoover Institution at Stanford and the Polish Music Center at the University of Southern California. This is how young Paderewski’s letters to his future wife were donated to Jagiellonian University, that’s how Hoover Institution over the years has amassed a significant portfolio of Paderewski’s papers, and that’s how Polish Music Center became a repository for many of Paderewski’s personal items, correspondence, photographs and concert programs.
Surrounded by books and still more books, and propped in her favorite, semi-reclined position with an old-fashioned IBM Selectric typewriter on permanent stand-by, Anetka would engage in her other great hobby—writing and translating poetry. This she did almost to the end of her life, patiently correcting proofs and continuing to devour volumes of Polish, French and English poets. Reading well into the night, as was her lifelong habit, she finally fell asleep to the cadence of music and verse that accompanied her entire storied life.
Posted by Hans J. Wollstein (aka Lightning Bryce) at 11:17 AM 1 comment:

The final home of REX LEASE 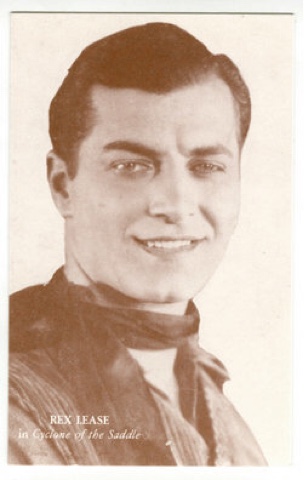 This San Fernando Valley property, currently under repairs, became the final home of silent era B Western star and later bit player/riding extra Rex Lease. The former "Cyclone of the Saddle" died here at the age of 62 sometime between New Years Eve, 1965 and January 2, 1966. His body was discovered by his son on January 3.

Posted by Hans J. Wollstein (aka Lightning Bryce) at 7:35 PM No comments:

The home of BASIL RATHBONE and OUIDA BERGERE 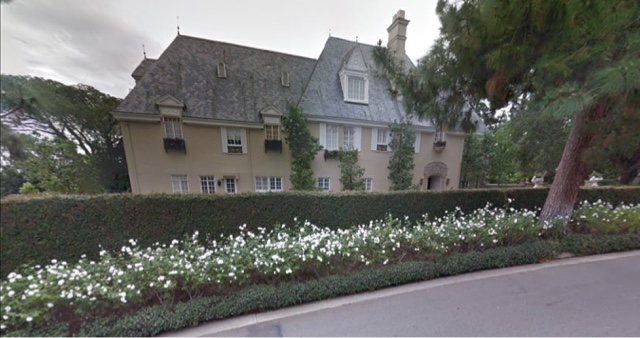 Posted by Hans J. Wollstein (aka Lightning Bryce) at 9:27 PM No comments:

"A dour foreign legion picture," as the always perceptive Don Miller called it in his groundbreaking little tone B Movies, Legion of Missing Men takes a turn from desert stock to the incongruous sight of one Hala Linda performing in a dive frequented by our Leggionaires Ralph Forbes, Ben Alexander and Paul Hurst. The little ditty the supposedly Parisian Miss Linda performs, "You Are My Romance," was penned by Flo Browne and Richard B. Gump. The latter, as it turned out, was Hala's husband and the son of Abraham Levinston, "the San Francisco 'jade king'." Later that same year, Miss Linda, described as a "red haired Scandinavian actress" l(born Lindelof), learned that her husband had divorced her while they were still cohabiting! He, in turn, called his wife a gold digger and the couple quickly headed for court,me demanding that the divorce stand.
Hala Linda in Legion of Missing Men 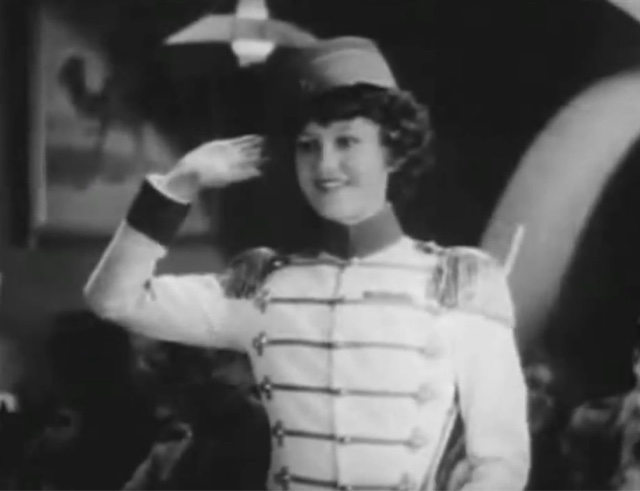 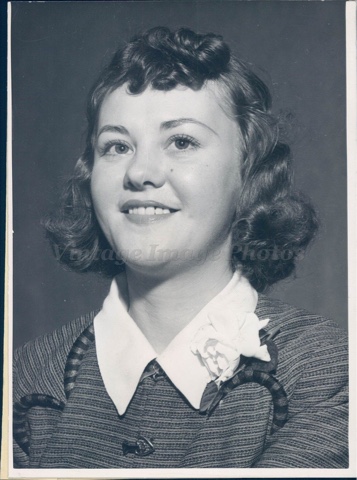 Email ThisBlogThis!Share to TwitterShare to FacebookShare to Pinterest
Labels: Hala Linda, The Legion of Missing Men 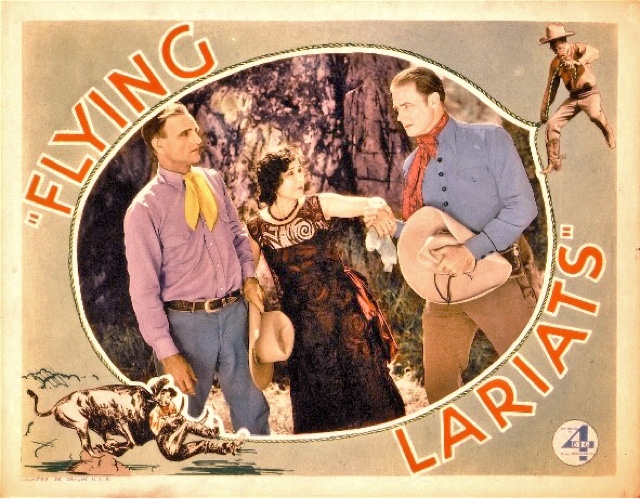 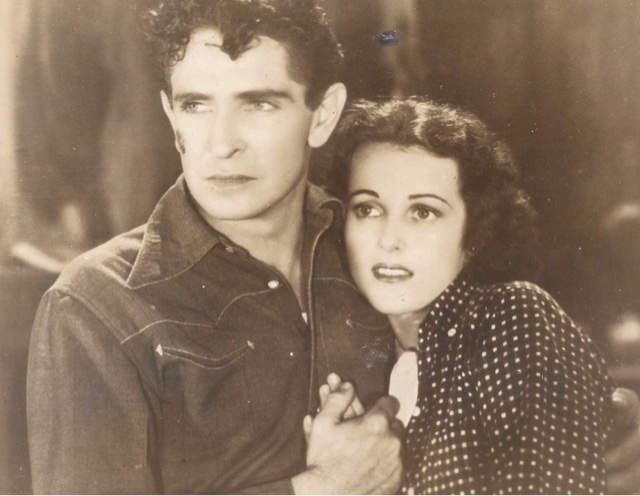 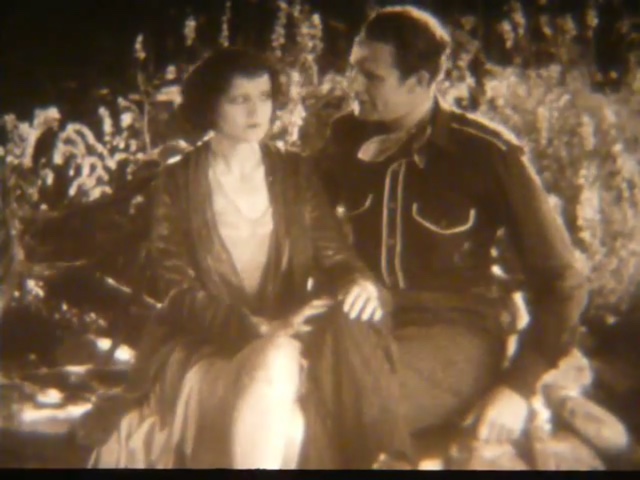 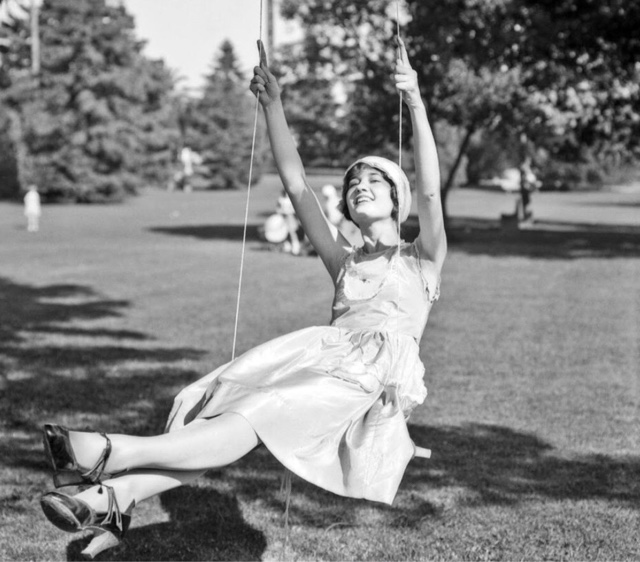 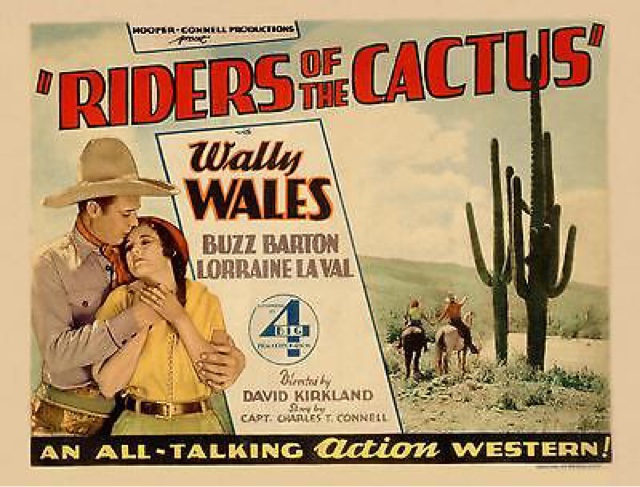 In honor of the US primary contests I give you early 1930 Z-Western starlet Edna Aslin, here demonstrating a certain lack of decision by advertising both the GOP elephant and the Democratic donkey. Miss Aslin, who sometimes spelled her name Aselin, starred opposite Ed Cobb, Jay Wilsey and other Robert J. Horner Western stalwarts. 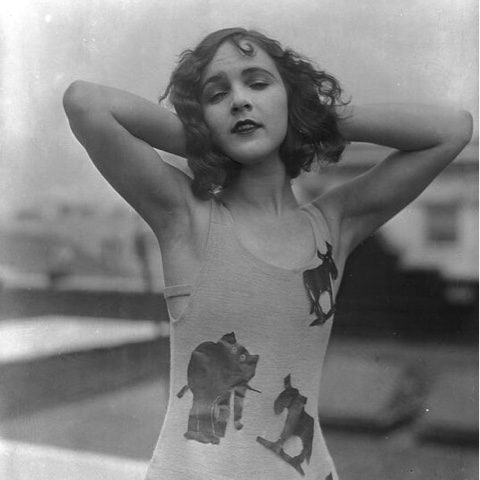 Posted by Hans J. Wollstein (aka Lightning Bryce) at 11:06 PM No comments:

Well, actually, who is/was Ethel Beck? The nominal leading lady in a Jack Perrin western cum gangster movie Gun Grit (1936), she clearly was no actress. The film is a bottom-of-the-barrel effort from indie producer William Berke made at the cheap Talisman Studio and directed by one Lester Williams who was William Berrke under any other name. Miss Beck is seen her holding a baby billed in the film as "Baby Lester," who was actually the producer's own son, Lester William Berke. Junior took over from his father when William Berke suddenly passed away while helming the sci fi flick Missile to the Moon in 1958. 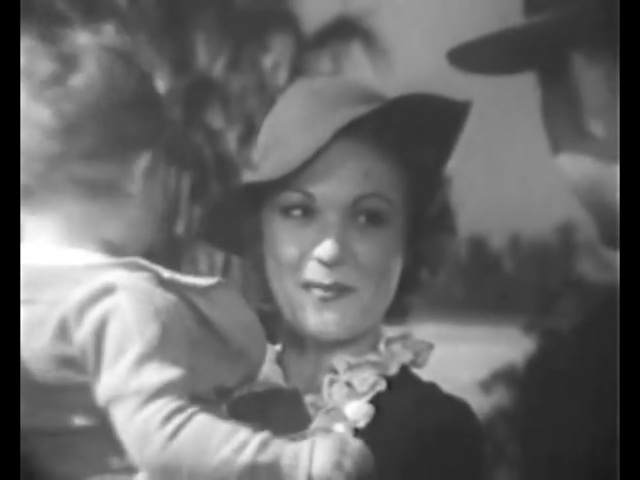 Gun Grit was released by Atlantic Pictures Corp. and was one of four Perrin "Blue Ribbon" westerns coproduced by Berke and the star himself. 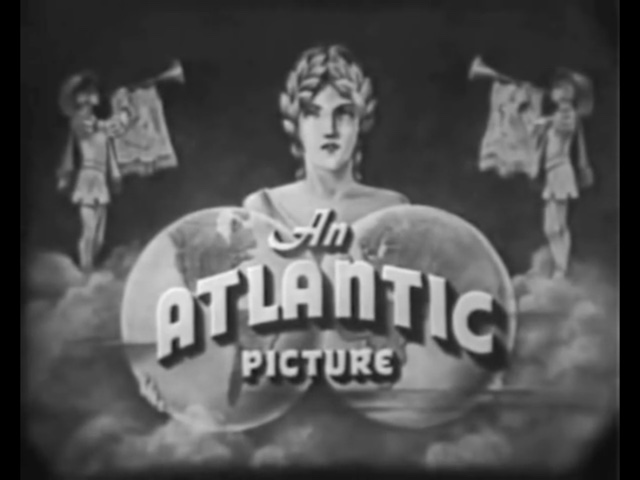 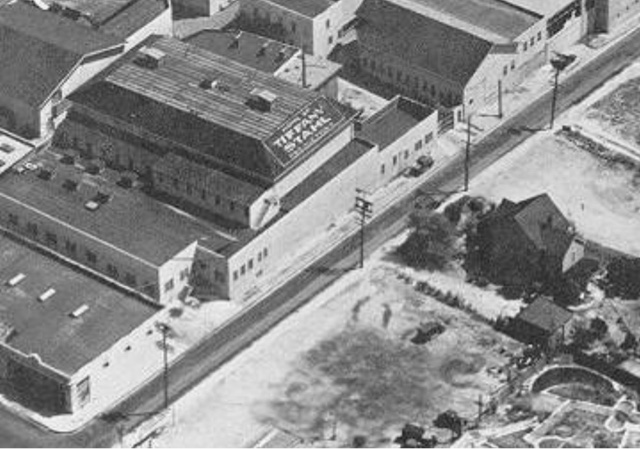 The lot as it appears today

Posted by Hans J. Wollstein (aka Lightning Bryce) at 3:14 PM No comments:

The home of MAY WYNN

'745 Domingo Dr., Newport Beach, CA
This rather drab condiminium complex near the Pacific Ocean in the Orange County community of Newport Beach is home to former Copa dancer Donna Lee Hickey who, under contract to Columbia Pictures in 1954, took the name of the character she played in The Caine Mutiny and became May Wynn. A true "Whatever Became of ...?" starlet, Wynn married TV actor Jack Kelly in 1956, a union described as one of Hollywood's most solid until the couple divorced in 1964. 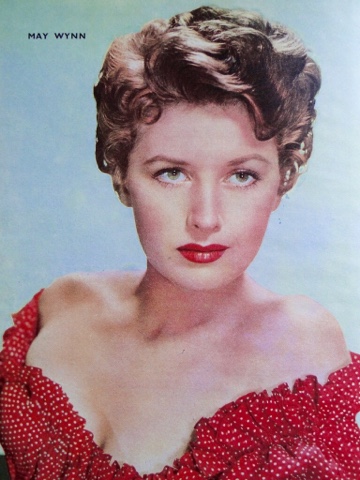 May Wynn and her leading man from The Caine Mutiny, Robert Francis, in their second film together, They Rode West (1955). May was dating the handsome Francis when he was tragically killed in an airplane disaster that same year. That Robert Francis was the male lover of billionaire Howard Hughes, as at least one modern writer claims, is wholly unsubstantiated. Then again, who could have blamed Howard? 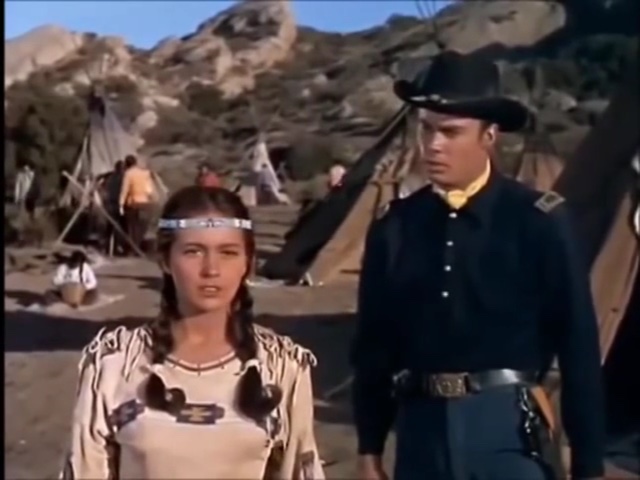 The home of PATRICIA MEDINA and JOSEPH COTTEN

17800 Tramonto Dr., Pacific Palisades, CA
This forbidding home overlooking the Pacific once belonged to the Hollywood acting duo of Patricia Medina (1919-2012) and Joseph Cotten (1905-1994). Earlier, the abode housed Judith Exner, famous for sharing her not inconsiderable charms with both Mafioso Sam Giancana and President John F. Kennedy. And allegedly around the same time. The property is right above the infamous garage on Castellamare where blonde comedienne Thelma Todd was found dead from carbon monoxide poisoning December 16, 1935. 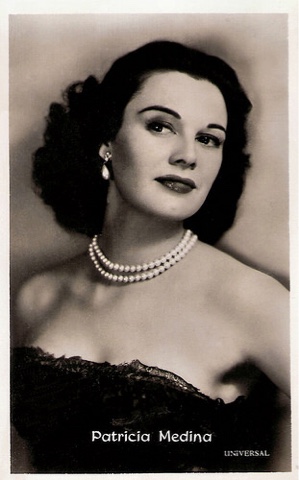 Posted by Hans J. Wollstein (aka Lightning Bryce) at 1:11 PM No comments:

CAROL KELLY of the acting Kellys.

Born in New York City in 1934, Carol Kelly was out of a performing family that also included sister Nancy Kelly and brother Jack Kelly, both of whom enjoyed long screen and television careers. Carol, though, not so much and her only prominent assignment came in Terror in a Texas Town 1958), a low budget but quite interesting western starring Sterling Hayden, directed by cult phenomenon Joseph H. Lewis and penned by actor Nedrick Young. The later, who was blacklisted, was unbilled.
Carol  married prolific actor Joe Marross in 1958 but divorced him four years later. In her complaint, she alleged that her husband beat her and once even pulled her around the house by her ankles. "I guess I just can't adjust to marriage," Marross had explained in lieu of an apology. Carol was awarded full custody of their son, Michael. 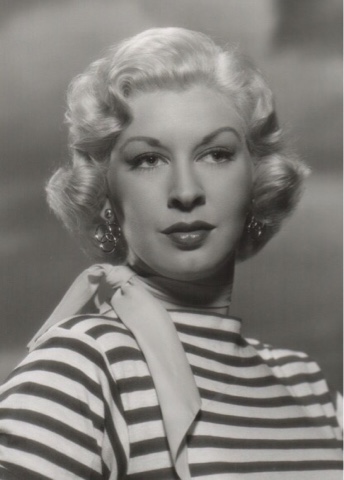 Hans J. Wollstein (aka Lightning Bryce)
Hoyer, Denmark
For six years I was as an associate editor with www.allmovie.com, specializing in classic Hollywood B-Films. In my spare time, I published "Strangers in Hollywood" (Metuchen, NJ: Scarecrow press, 1994) and "Vixens Floozies and Molls" (Jefferson, NC: McFarland & Co., 1999 & 2003). I'm retired now but I still watch B-Movies and this site is a personal outlet for my extant review cravings. But feel free to comment on my comments.